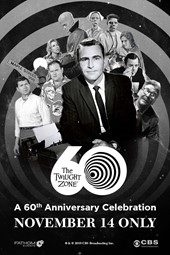 From the four repeating notes of its theme music to its unforgettable tales of the supernatural and the surreal, few television series have reshaped the medium as much as Rod Serling’s “The Twilight Zone.” On November 14, Fathom Events and CBS Home Entertainment celebrate the series’ 60th anniversary with a one-night-only event exclusively in cinemas nationwide. “The Twilight Zone: A 60th Anniversary Celebration” will combine digitally restored versions of six quintessential episodes with an all-new documentary short titled “Remembering Rod Serling” about the life, imagination and creativity of creator Serling, whose thought-provoking introductions continue to mesmerize fans. 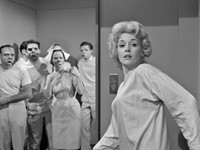 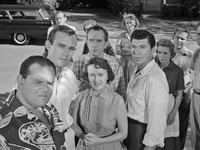